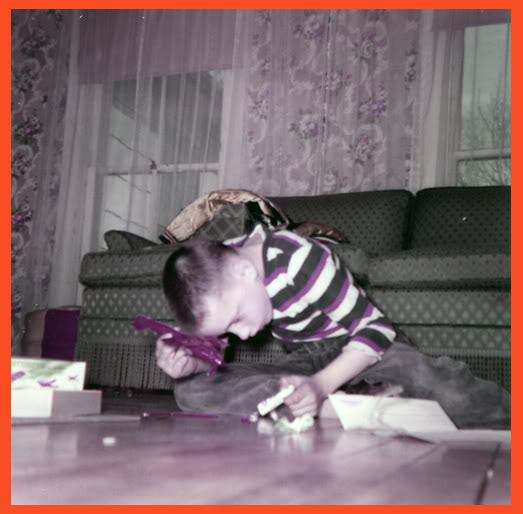 I don't really know how this came about, but I still have the instruction sheets to nearly every plastic aircraft model I have ever made. This includes the Aurora Me-109 that I can be seen assembling above in a photo from 1955. When I came across them in my basement recently, it occured to me some members of the modeling community with an esoteric curiosity may like to take a peek at the distant past of their hobby.

The scans were done in a resolution sufficient to give the viewer a sharp, detailed look. The resulting multi-page pdf files average roughly 3 MB. The native pdf format is portrait oriented, while many model instructions are laid out in landscape format. As a result, you may need to rotate the page 90 deg right when the file opens. The pdf files are listed by kit manufacturer and aircraft type. There are also a few vintage kit manufacturers catalogs in this collection.

During my first-ever airshow, in 1956, I realized that military aircraft, unlike most of the "plain Jane" kit issues that I had been building, were sometimes adorned with unit markings and colors. Once in a great while unique aircraft markings could be seen, like the B-36 I saw that day, that bore the name "Do-Do Bird" on the nose. I really thought that was "cool Daddy-O," but it was some years before I realized the cool thing was the insight of the crew, who chose to share with the public the fact that the service life of their bomber was near its end. My model-building slowed and I began saving my lunch money for film with which to photograph any military aircraft that I could get near. A new hobby had begun.