Gold in the Hills

Photographing the CSX Boston Line in the Berkshire Hills of

Reaching back into the collection a little bit, here's a nice day I shared on the railroad with my brother, Pat. Normally I shoot slides in a setting like this, but on this day I deviated. Don't remember why, but they came out nicely, although several were lightstruck. I have Photoshopped these as well as possible. I didn't take note of which of my 35mm cameras I was using, but replacing light seals is a common maintenance activity when working with older film equipment.

Most of these shots were taken in Bancroft, a small village on the West Branch of the Westfield River. The river here forms the boundary line between the townships of Becket and Middlefield.  Just to confuse things more, about a mile and a half east on the railroad is the unmarked boundary between Berkshire and Hampden counties. For those of you with a GPS in your hand, I believe these lines on the map are still  called political boundaries. The photos are presented below in chronological order. At 8:25 AM this westbound became the first train we would photograph. It was normal on this line to see one or two trains in the pre-dawn light before we were in place. 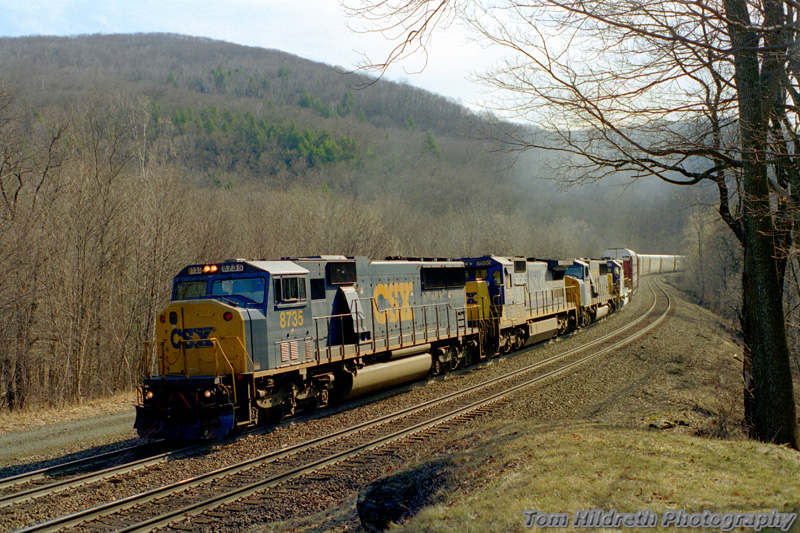 From the same spot I took two shots of this freight working uphill at 09:15 AM.

Going-away shot of same train below 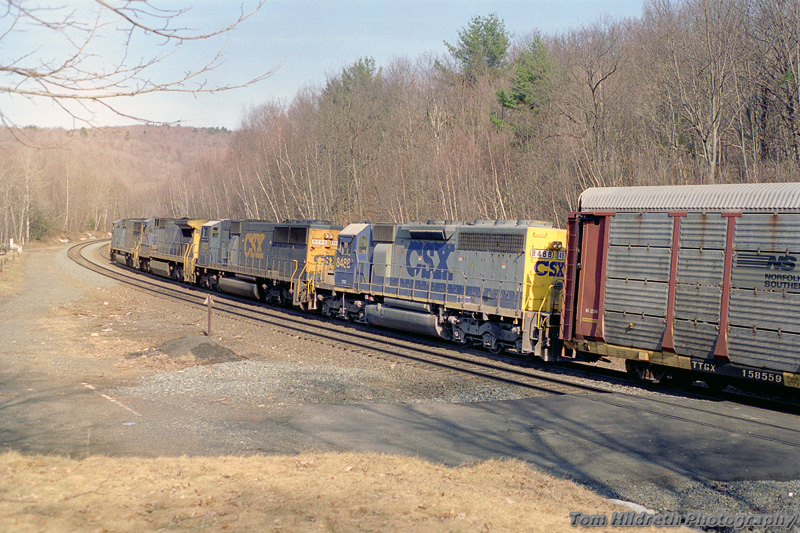 Eastbound running downhill at 9:35 AM. 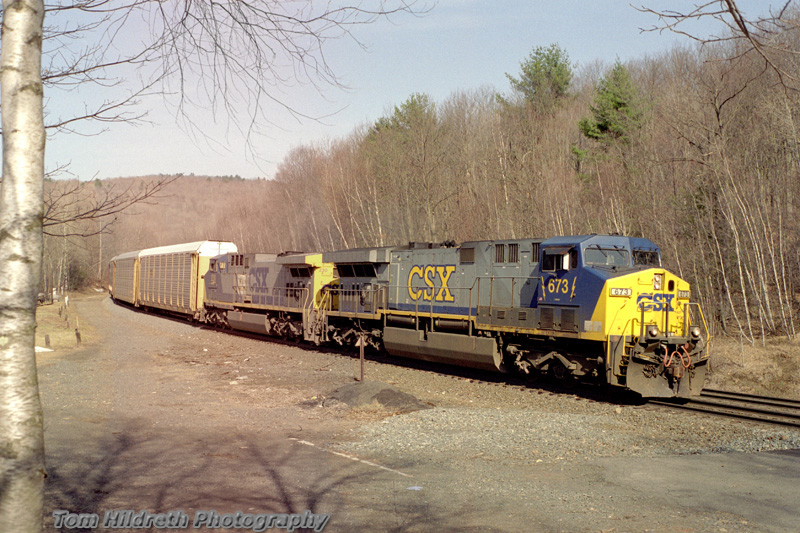 Amtrak's #448, the eastbound Lake Shore" from Chicago makes an appearance at 1:20 PM. 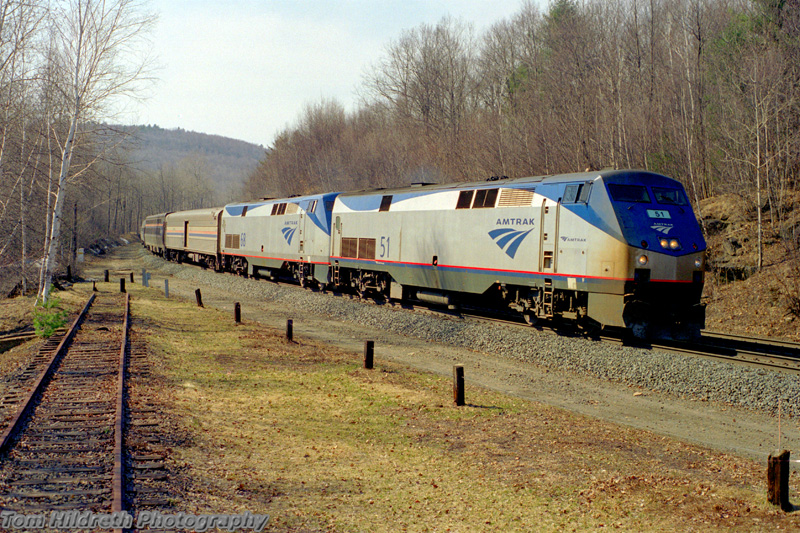 By my notes, nearly four hours went between the passage of the last freight and the arrival of Amtrak.
We moved around, trying to match our location with the changing position of the sun. We also did
a little exploring; this shot of Pat below was taken on one of the original Western RR alignments. 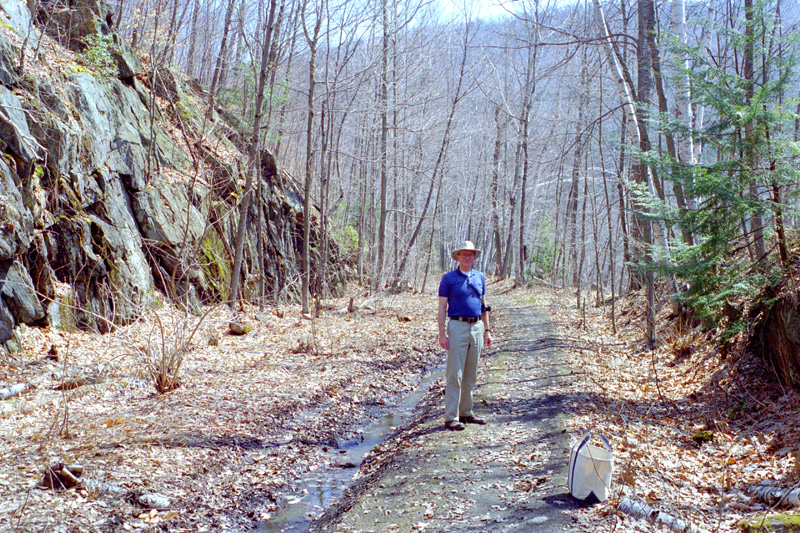 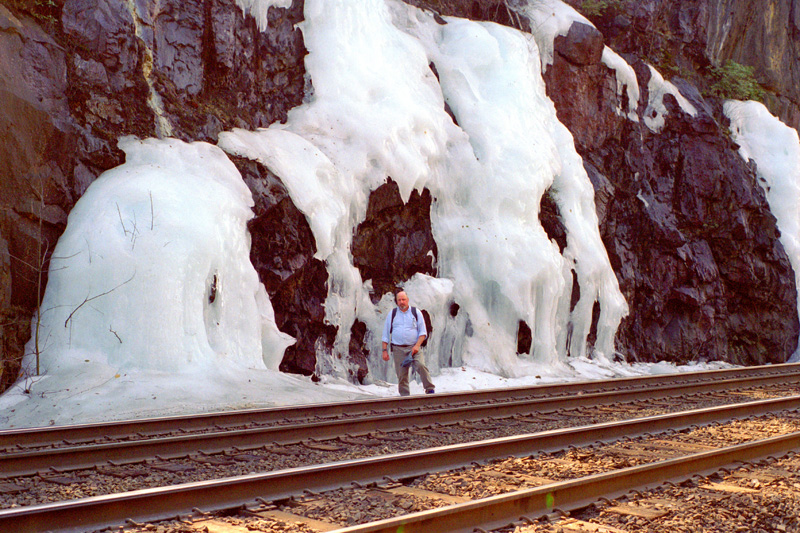 A shot of me in one of the ledge areas. Ice buildup in these areas requires special attention most winters. The ice to my right is probably two feet thick. 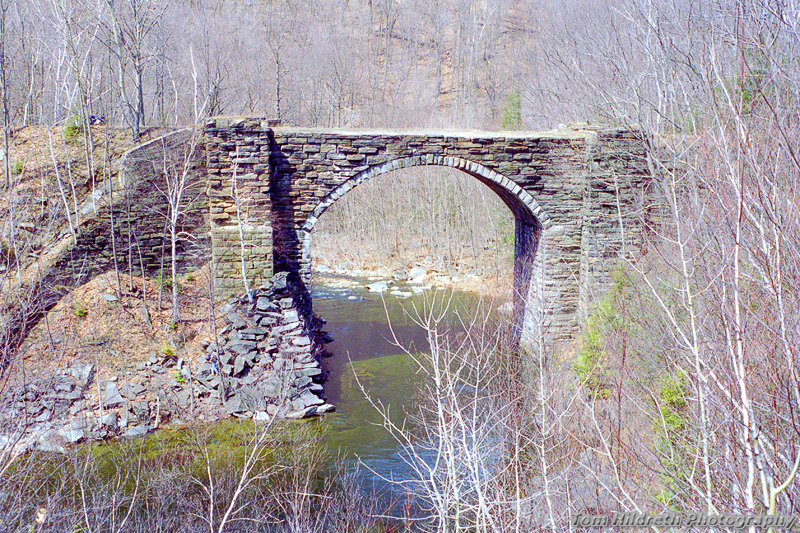 A look at one of Whistler's famed stone arches,
laid down around 1839-1840. A couple of these are still in use by the railraod. 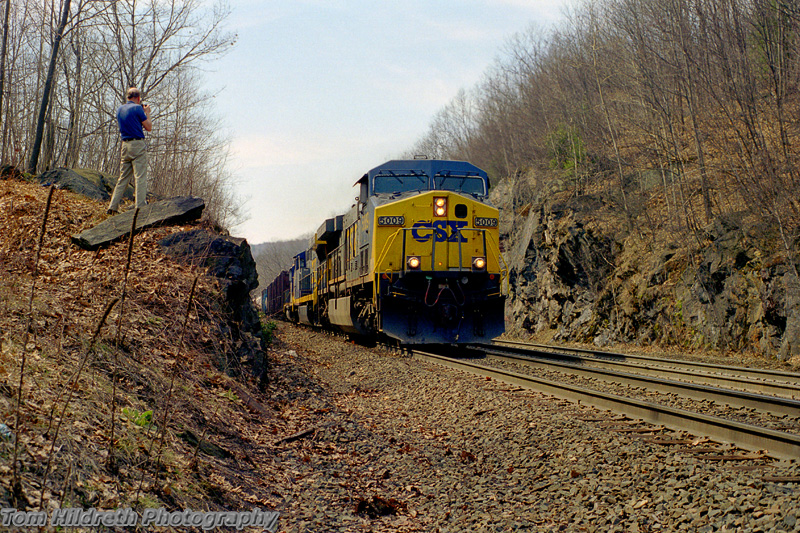 Back at Bancroft, we shot this eastbound at 3:55 PM. 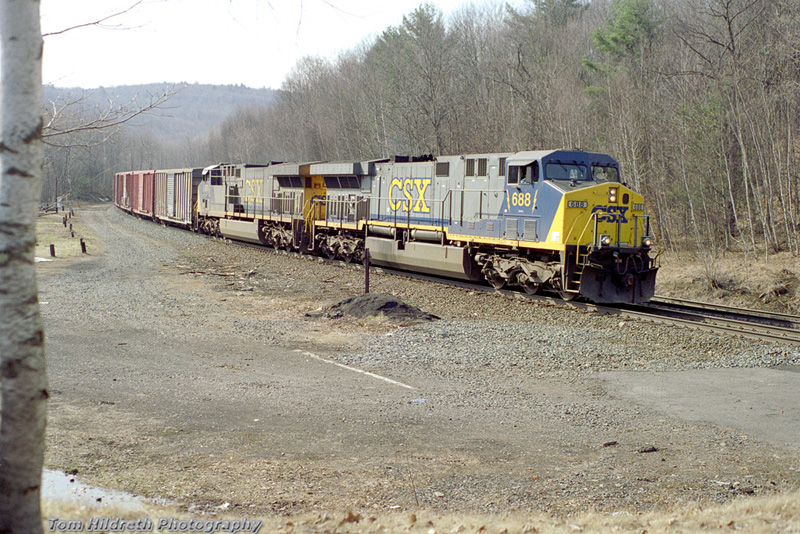 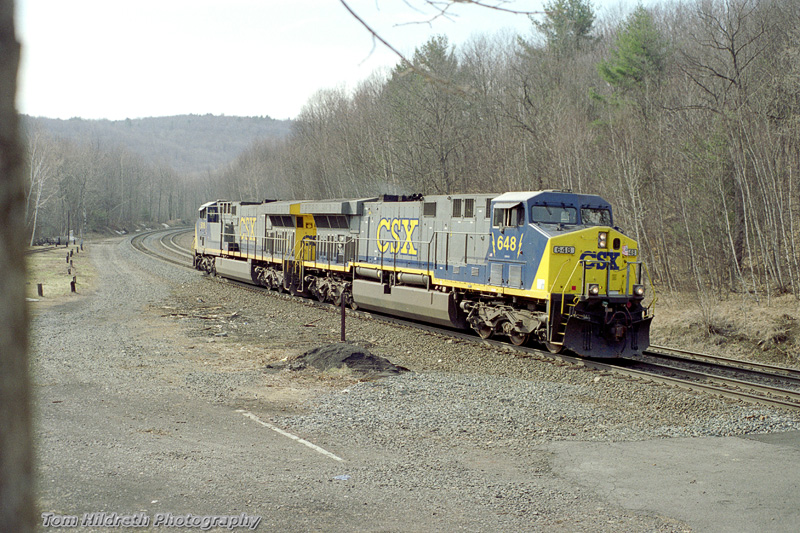 I didn't document the appearance of the westbound "Lake Shore".

Most days it was the last train of the day for our cameras. 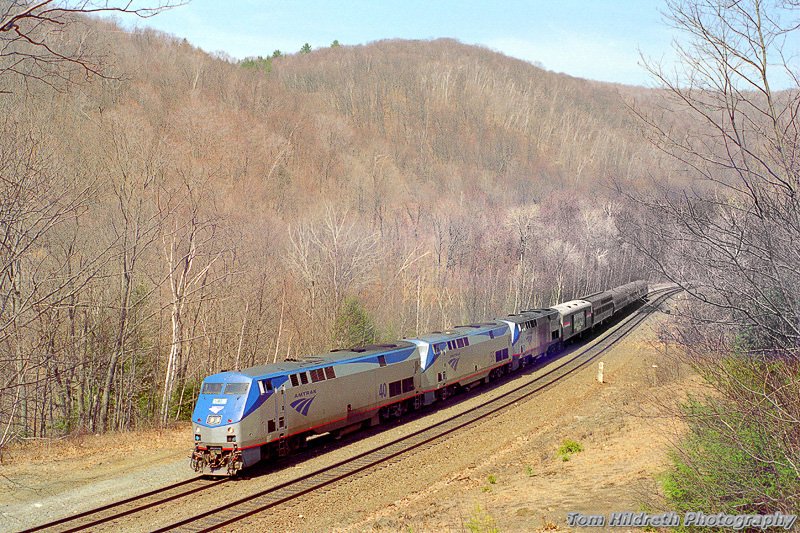