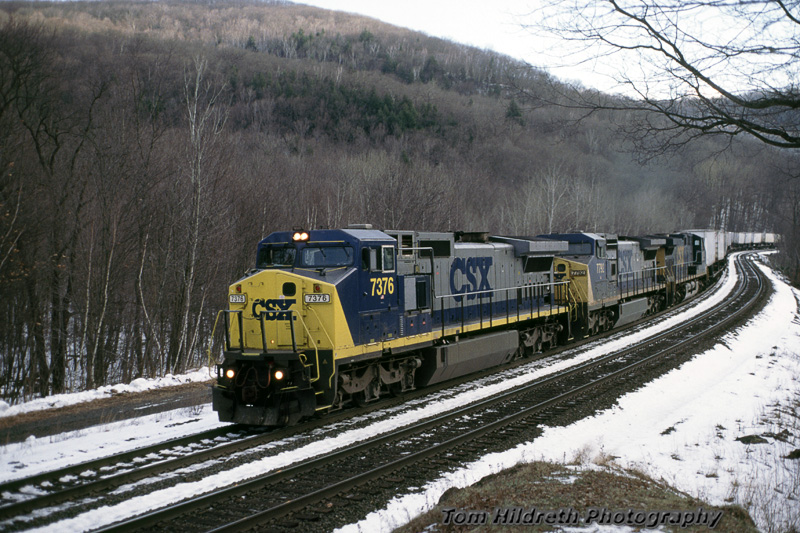 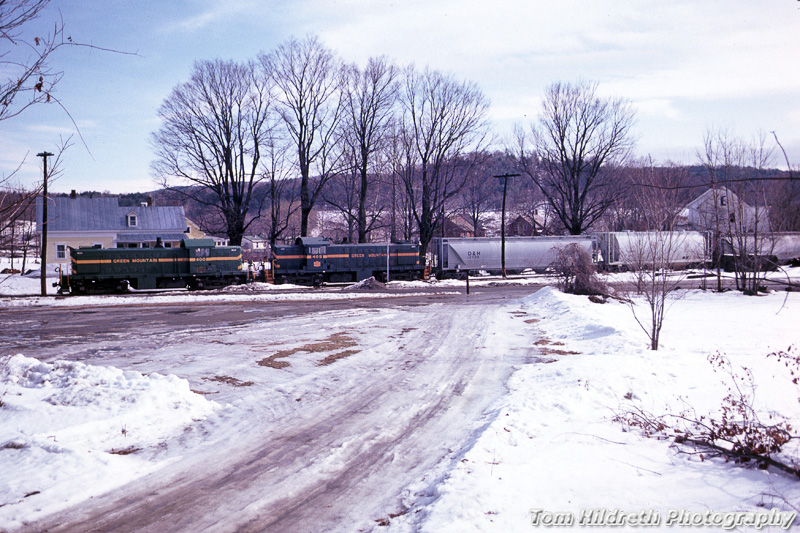 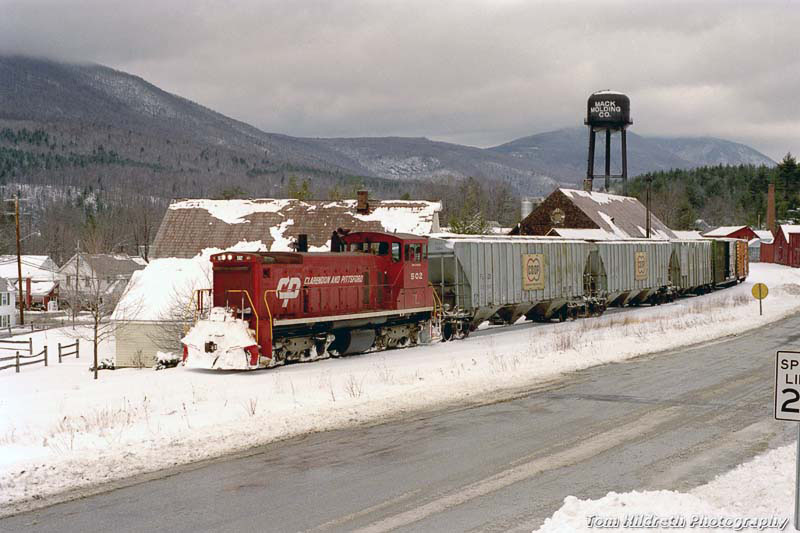 The misty mid-day of 4 January 1984 obscures
the passage of a B&M southbound at Hartland, Vermont 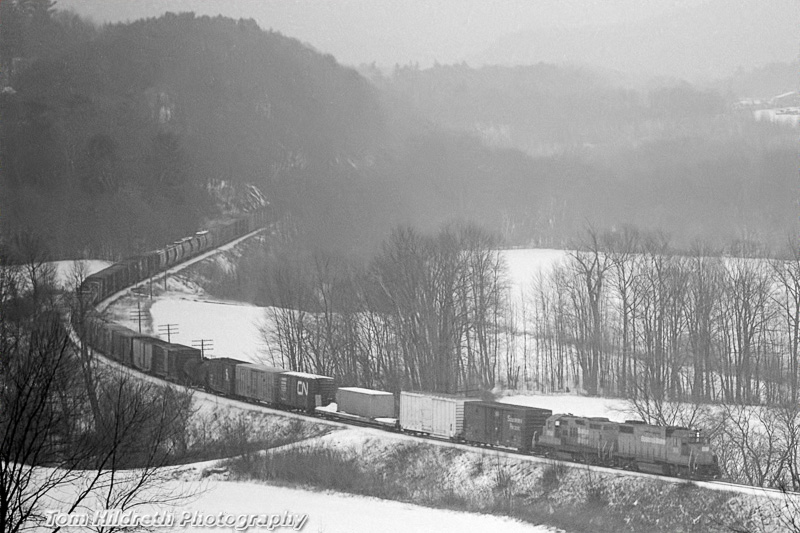 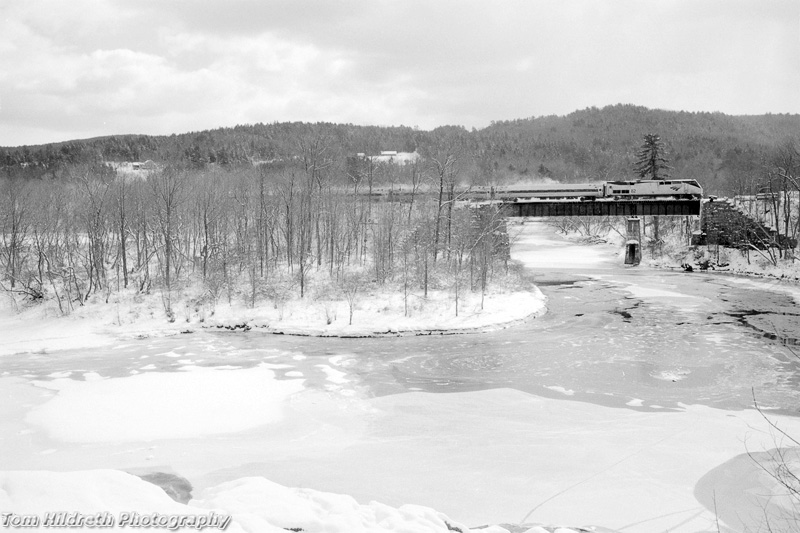 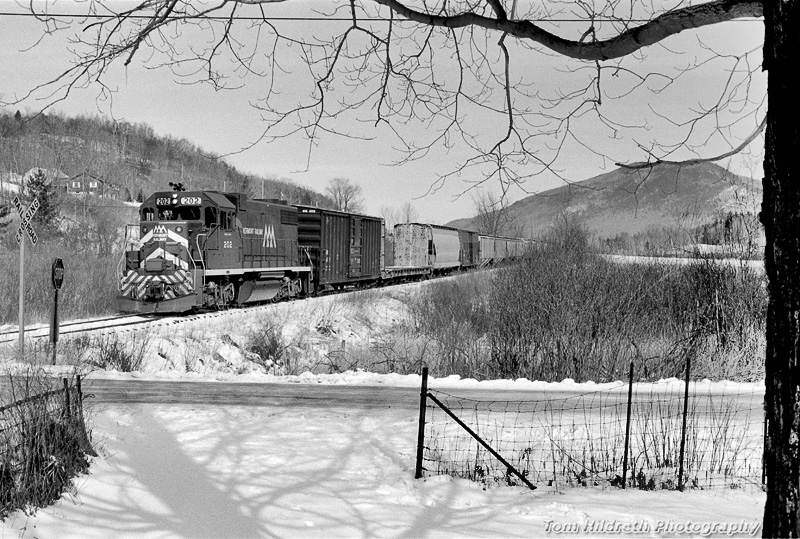 GMRC freight westbound, as seen from the Geen Mountain Turnpike
near McDermott's at Rockingham, Vermont in February 2008 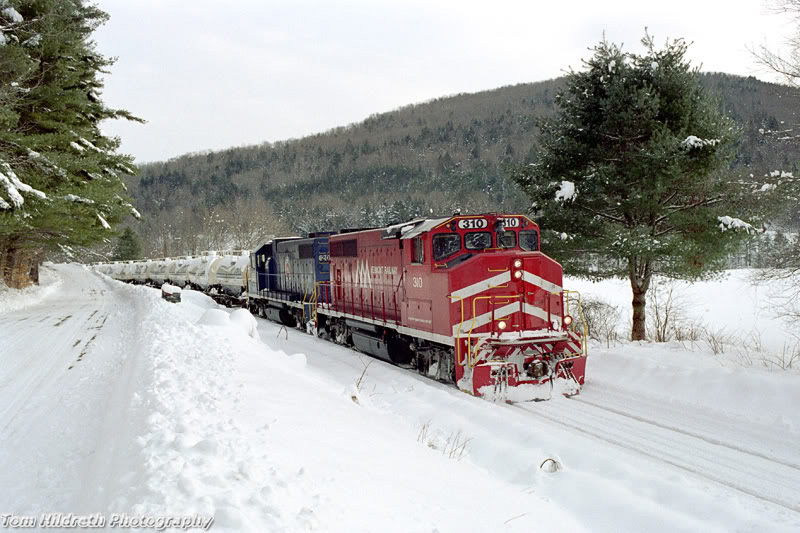 Northbound CV freight waits in the Brattleboro Yard in the early 1990s. 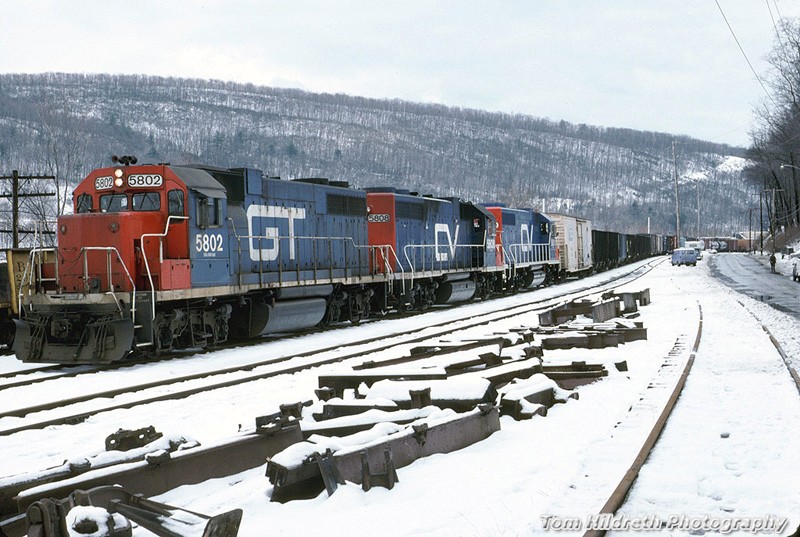 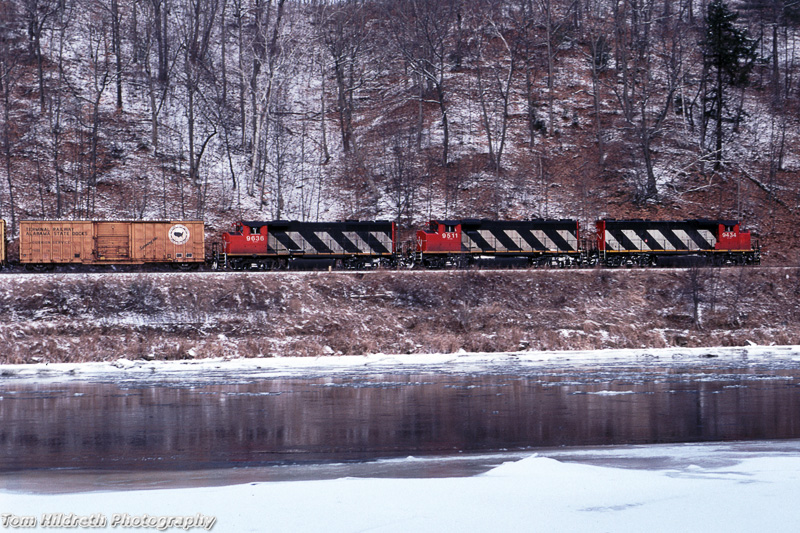 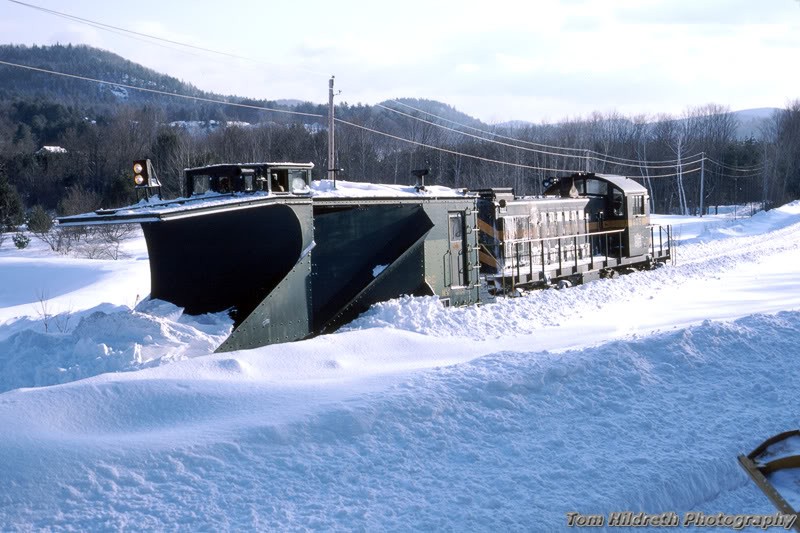 Close alongside MA Rt. 20, CSX westound freight
climbs the grade out of Huntington, MA on 3 March 2005 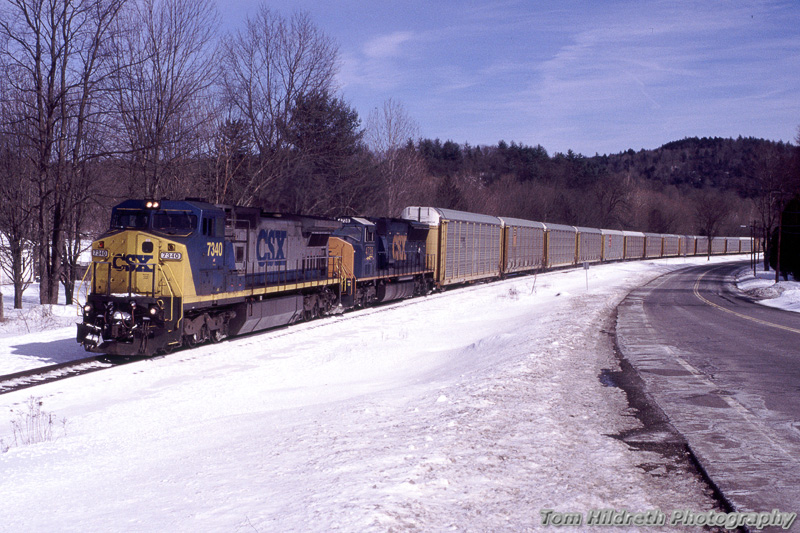 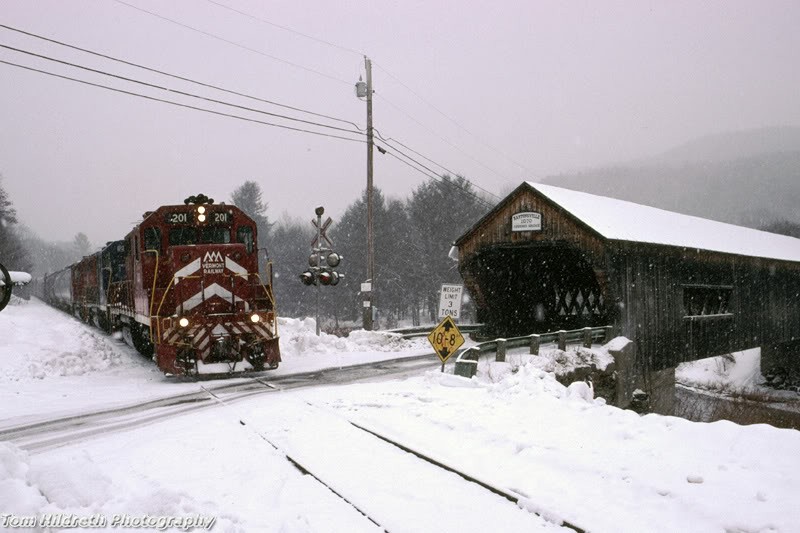 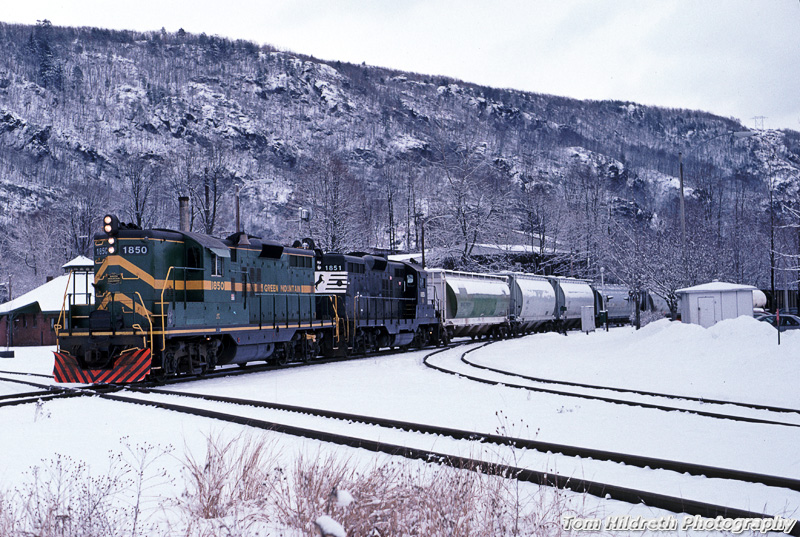